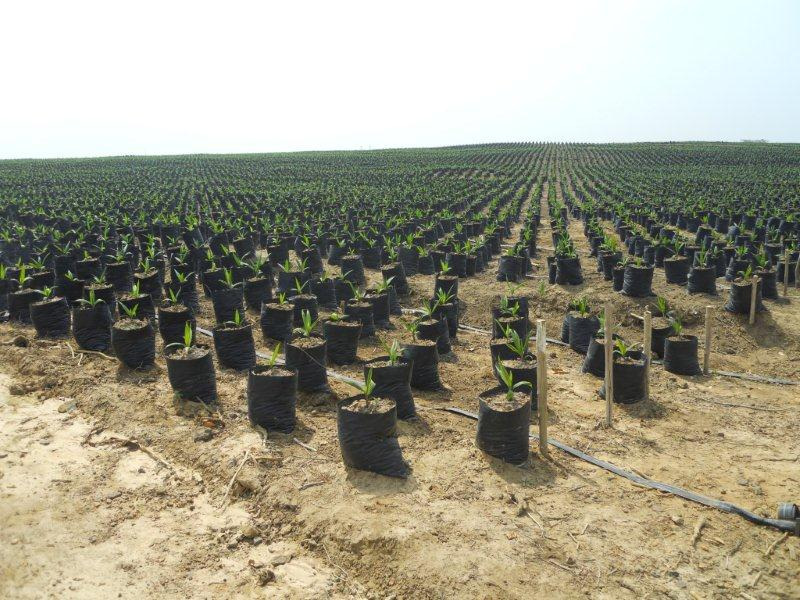 Sierra Leone is one of the least developed countries in the world and is still recovering from a civil war that ended in 2002. The German development organisation Welthungerhilfe has been working in Sierra Leone since 2004, predominantly in the Southern Province, focusing on supporting the local population in rebuilding basic rural infrastructure and improving their food security situation. Increasingly, the Sierra Leonean government seeks to attract foreign investors through providing opportunities for large-scale land leases for the development of agribusiness. As of mid-2012, two projects supported by Welthungerhilfe in the country were affected by large-scale investments from the Socfin Agricultural Company (S.L.) Ltd. (SAC), a subsidiary of the Belgian corporation Socfin. Project activities in 24 villages were put on hold as small farms and bush land were converted into large scale plantations. The Sierra Leonean Ministry of Agriculture, Forestry and Food Security (MAFFS) acted as intermediary in the land deal through leasing land from the people and sub-leasing it to the investor. The non-participative, non-transparent nature of the land lease process has resulted in widespread protest against the investment by the population affected.

Foreign direct in-land investment in Malen Chiefdom is still at an early stage. As such, it can only provide a first indication of the land deal’s impacts. However, it is already obvious that the investment has triggered a rapid transformation process in an area so far untouched by large-scale commercial farming: It has turned a former farming society with a relatively high degree of self-sufficiency into a society of landless wage-labourers. People’s hopes that the investment would result in significant infrastructure improvements, better access to education and good job opportunities have not materialized so far. Among those who did find jobs at the newly established plantations, dissatisfaction with the working conditions is widespread.

The non-participatory manner and the externally driven nature of the transformation process have resulted in widespread feelings of powerlessness and shock. Very few community members have seen new opportunities emerge. In general, the findings indicate that the loss of land has aggravated the poverty and food insecurity of local villagers