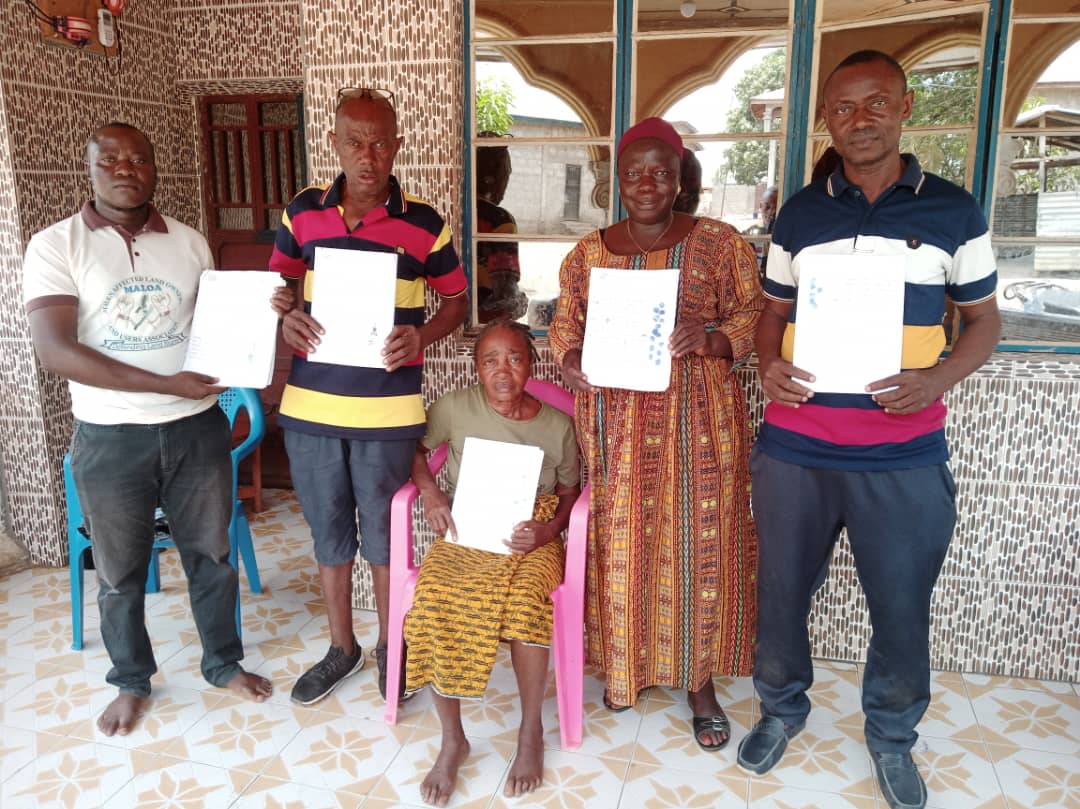 1,475 members of the Malen Affected Land Owners and Users Association signed a petition objecting against the certification of SOCFIN by the Roundtable on Sustainable Palm oil. The Association which has been questioning the way the lands was acquired from land owners in Sahn Malen since the arrival of SOCFIN in 2011 wrote the following in their petition from the 10th of March 2022:

We, the undersigned members of MALOA, object to the certification of Socfin Agricultural Company (SAC) by the Roundtable on Sustainable Palm Oil (RSPO). Among other issues, the following are in total contradiction to the RSPO criteria and were wrongly assessed by the auditors:

In addition, we reiterate our demand that the conflict resolution process initiated be restarted and finalized in order to respond to the demands of the communities, to renegotiate the agreements adequately and to put an end to any abuse of human rights of the citizens of Malen.

See the petition, signed by 1,475 members of MALOA