Our Work For Peace 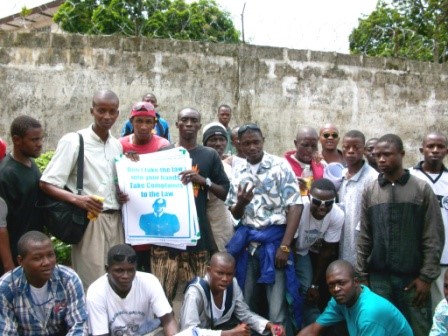 “Having a voice”
Project: Capacity Building for Motorbike Riders in Human
Rights, Democracy and Peacebuilding

Supported by: National Endowment for Democracy

Everybody in Sierra Leone knows commercial bike riders for their very own style of riding a motor bike. But not only that: People are aware that Motorbike Riders are often former rebels who were reintegrated and offered a bike to get them off the streets and create income. The existing is a post conflict phenomenon.

Conflicts with passengers, the police and road users are very common. And the dynamics often get out of control. As a result of the assessment (The Dilemma of Reconciliation in Sierra Leone. Challenges posed on the Role of Civil Society) undertaken by Green Scenery’s director Joseph Rahall the commercial Motorbike Riders were one of the areas were peacebuilding activities should be initiated. Green Scenery got engaged with capacity building and advocacy.