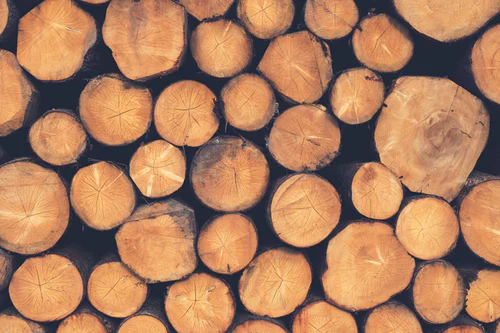 Green Scenery is anxious to see the Government of Sierra Leone put behind logging and log exporting as a means of revenue generation. The Governments’ encouragement of the trade in log has greatly exacerbated the country’s loss of forest cover and indeed biodiversity and has reduced Sierra Leone to a mere rhetoric country among signature states of the Convention of Biodiversity and other conventions such as the Convention on International Trade in Endangered Species, CITES. The country has consistently ignored its obligations under these conventions to the extent that since 2010, Sierra Leone has continuously open edits Customs and Excise to the trade in logs against the voices of environmental networks such as ENFORAC and organisations such as Green Scenery.

An astronomical number of logs have left the country’s forests for more than a decade and continue to do so in present day. In January 2010 Mongabay ran a story “Sierra Leone Cracks Down on Illegal Logging by banning transport and export of logs”. According to Mongabay, tens of millions of dollars’ worth of logs were smuggled out of the country. Not long after in 2011, an Aljazeera documentary, while associating corruption to timber trade,claimed rampant illegal logging that was laying waste to Sierra Leone’s endangered forests. The Aljazeera story linked high placed government officials to the log smuggling ring.In June 2018, Issam Elsamad shared video footage of an appalling sprawl of stockpile of logs at the Hastings airport and in July 2018, Sewa News Stream in its “Sierra Leone unregulated Export Timber Trade” asserted that in the past years, credible research revealed that every six months more than 3,000 containers of logs were exported from Sierra Leone.

Upon taking over the helm of governance,President Bio in April 2018 in an executive order, suspended export of logs.Shortly however, the suspension was lifted and clearance for the shipment of 13,893 containers was allowed on the note that these were already harvested and stacked logs that may lay waste if not exported.

Green Scenery has given this background to present a picture of how bad the situation is for the country’s forests and forest cover. We assert that from this background and followed by experts’ view, the country can now only boast of 3% natural forest cover and this is fast depreciating. We recall the resent article published on January 13th2020 by Jeezuz Bah on Facebook in which it was claimed with evidence that Haja Isata Abdulai Kamara intercepted at the border crossing of Bamoi seven Guinea bound, Guinean registered trailers with numbers: RC-9886 M,RC-3588 K,RC-1379 Q, RC-1543 Q,RC-3056 Q,RC-9904 LandRC-7524 Q that had timber among other items as load meant for delivery to Guinea.Green Scenery wishes togive kudos to the residence Minister for the two times she has taken these actions.

While Green Scenery do not question trade within the Mano River Union, it seeks clarification over the legitimacy of the goods that were in the seven trailers and among which were420,000 assorted timber in logs. We seek clarification because the alleged documents accompanying the goods smacks of suspicion given that the dates of issuance are at odds with the time the goods were being transported. We therefor call on the necessary government institutions including the ACC to commission an investigation and make public the report.

Green Scenery continues to express worries over the scale of export of logs and the spate of deforestation due to the demand side for logs. We warn that the rate of deforestation far outweigh the abilities of our forest species to regrow or regenerate and if deliberate actions are not taken by the government to halt this malaise, then the country is being pre-programmed for risks that it may not endure, such as; aggravated desertification, climate change based disasters (wild fires, intensive floods, severe water shortages, excessive heat, poor agricultural performance, increased health risks due to increasing pathogens, etc.).

According to Global Security, Sierra Leone is the 3rdmost vulnerable nation to adverse effects of climate change4.The country’s vulnerability is almost equal to none to latitudes of shocks including economic, food insecurity, conflict and other natural disasters.

Green Scenery therefore call on the President of the Republic to put a moratorium on logging and the export of logs while ensuring that necessary actions and programmes are put in place to reverse this worrisome trend noting that Sierra Leone is signatory to many international conventions such as the Convention on Biological Diversity, Convention on International Trade in Endangered Species (CITES), Kyoto Protocol, United Nation Framework on Climate Change, etc. Continuously allowing the country’s forests to be exploited subjects our biodiversity and especially the endangered species to near extinction. By and large presenting Sierra Leone as a nation that ignores its international obligations and putting in question whether as a nation we have the clout to be among well respected nation states.

Is our country part of the “wild west”? A moratorium on large-scale land leases for agriculture is urgently needed in Sierra Leone