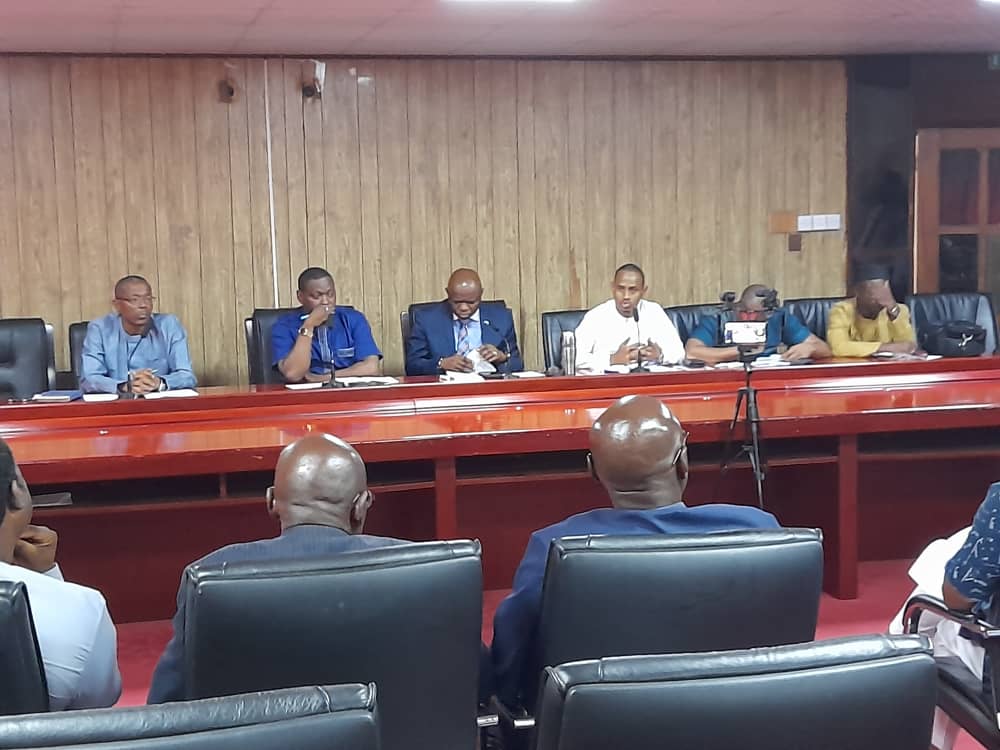 Sierra Leone operates a dual land tenure system, where land in the Western Area is administered under a freehold tenure system. In contrast, customary land in the provinces is covered by customary tenure systems(Cap122). The conventional Land tenure system disadvantages the majority of rural citizens, and this has primarily been responsible for the sporadic land conflicts,  aiding corruption in the land sector, discriminatory practices contributing to poor land governance, migration and food insecurity in Sierra Leone. These unfortunate factors have largely been responsible for the acute rural poverty and gross abuse of human rights, hence putting the majority of rural citizens in a precarious situation in Sierra Leone.

Based on an assessment organized in 2020 by the World Bank, FAO and other civil society organizations working on land rights including Green scenery, it was revealed that only a tiny percentage of land in rural Sierra Leone is mapped and recorded, while institutional arrangements are opaque, giving rise to sporadic land conflicts and gross abuse of human rights in the country. The legal framework in the country on land is not aligned with new technologies and principles of modern land administration and does not address women’s land rights. The province land act of 1960 cap 122 is opaque, discriminatory and absolutely lacks accountable land governance principles See cap 122.http://greenscenery.org/wp-content/uploads/2022/07/Cap-122.pdf. Multinational companies on Large scale investments take advantage of the opaque nature of our legal framework on land and use such opportunity to put disadvantaged groups, especially women, in a precarious situation. Rural citizens including disadvantaged groups have suffered a blunt of human rights abuses as a result of the crude activities of multinational companies on agric- businesses in Sierra Leone.

Multinational companies do take over the land of rural citizens in the name of development without seeking the consent of landowners and users. Traditional authorities, (Paramount Chiefs), grossly misused the ambiguity of custodianship in the provinces land act of 1960 (cap122).

After a series of advocacy campaigns by Green Scenery and other  Civil society organizations on land Rights, in 2020 the government of Sierra Leone, through the  Ministry of Lands, establish a Technical Working Committee for the repeal of cap 122 and push for the enactment of the National Land Policy into law. After a series of stakeholders consultation organized by the Technical Working Groups and other civil society organizations on land rights including Green Century, in 2021 the Technical Working Committee presented a draft/model of two land bills called the Customary Land Rights and Land Commission bills. In  October 2021,  the government of Sierra Leone gazetted the two bills and later presented them to parliament for enactment.: see the model of the customary land Rights bill http://greenscenery.org/wp-content/uploads/2022/07/The-Customary-Land-Rights-Act-2021.pdf. See the model of the Land Commission bill:http://greenscenery.org/wp-content/uploads/2022/07/The-National-Land-Commission-Act-2021-.pdf

After a series of advocacy campaigns: policy brief and media engagements by Green Scenery and other network partners, In  May 2022, The Government of Sierra Leone through the Ministry of Lands organized a  Round Table Dialogue on the land Reform process. The dialogue forum comprised of traditional authorities (Paramount Chiefs), Civil Society Organizations and investors. The exercise aimed to address the differences between investors, CSOs, and traditional authorities (Paramount chiefs), which have affected the speedy legislative process of the two bills.

The Ministry of Lands had earlier engaged the Paramount Chiefs through the National Council of Paramount Chiefs (NCPC), and the investors(agric companies) through invest Salone separately regarding their concerns but failed to engage the Civil Society. But with advocacy pressure mounted by Green Scenery and other civil society organizations, the Ministry of Land conceded to organize stakeholder dialogue sessions to harmonise the differences.  At the end of the engagement, all the stakeholders collectively harmonise their differences, which has been largely responsible for the slow pace of the enactment of the two bills by parliament.

In the dialogue session changes to the land bills, were made including the size of land (from 5,000 to 10,000 ha), and the length of the lease period (from 21 to 50 years) of large-scale lease agreements. These changes were predicted by the acceptance of Parliament. Other changes were demanded by the Paramount Chiefs, but are not profound. There was mounting tension between CSOs and Paramount chiefs and sporadic confrontation between investors and CSO. However, the process ended peacefully and amicably.

In the conclusion, representatives of the National Council of Paramount Chiefs (NCPC), said that they are satisfied with the decisions and asked the Minister of Lands to stay open-minded for any further comments as they would bring the issues discussed to their membership. Civil Society and the Ministry of Lands are satisfied with the agreements achieved and are now looking forward to a fruitful discussion of the two bills in Parliament.

On 22/July/2022, the Office of the Clerk of Parliament inform and invited Hon. Members of Parliament and the public to the pre-legislative hearing on the two Bills relating to effective and efficient land management and administration in the Republic of Sierra Leone https://greenscenery.org/land-reform-process-in-progress/. The said event hopes to take place on Monday 25/07/2022 at 10:00 AM in Committee Room One, Parliament Building.

Green Scenery wishes all Parliamentarians a fruitful deliberation on the  Customary Land Rights and Land Commission Bills. But  please remember that you are representing the voice of the people and the sustainable development of rural citizens especially women lies in the decision you are going to make on the bills presently before you in parliament.