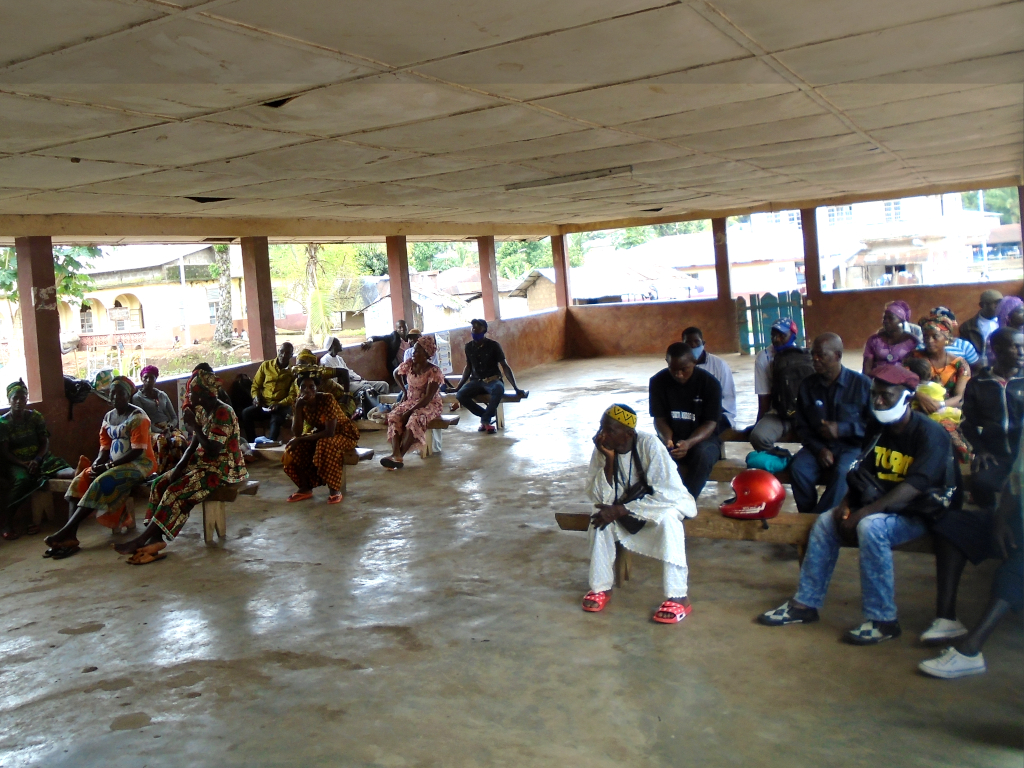 Green Scenery traveled to three communities in the districts of Pujehun, Bomabli and Port Loko to consult the communities on the ongoing land reform. The public consultation meetings on repealing segregatory land laws in Sierra Leone was marked with an overall background of land issues in the country. In this context it was highlighted that the nation has different customary land laws. Women are marginalized in the bigger context and only in few instances only are they recognized and their rights to land respected. It was also put forward that there are different chiefdoms with different discriminatory laws. Majority agreed that there is need to reform laws such that we deal away with injustices that are harmful to humanity and to preserve some good part of culture. Stakeholders applauded the effort to be involved in the law-making process. The most topical issues for the communities and interested stakeholders revolved around business rights versus human rights in large scale land investments. The Final National Land Policy of Sierra Leone 2015 and the resulting Customary land rights and National Land Commission bills were discussed. Main issues debated were on Inequitable access to land, Insecure forms and rights due to the absence of a system of registration of titles, lack of proper cadastral mapping and land information, unclear and diverging tenure forms under customary law, overlapping jurisdictions for statutory and customary law, weak land administration and management, Inadequate concession practices, Institutional capacities in land management, Devolution of estates and land inheritance. The National Land Policy as the backbone of the new land bill and its vision and guiding principles were key to guide the consultation meetings.

It was agreed that there is need for the establishment of the following key institutions: A special land court, a legal education awareness institution for the rural communities in the provinces and legal land lease registration institutions at district levels for all leases for more than three years.

An agreement was reached on the need to do away with the concepts of land owners and users under the context that it was based on f order of arrival or conquest. Families that have lived on the land for more than 60 years or more could not be continuously labelled land users. There was a consensus reached by the people for the need to reduce the land lease period since many of the large scale land acquisitions for agribusiness are failing to comply with their lease. A period of 30 years was further desired as the maximum cap which can be renewed for up to a maximum of 50 years and the surface rents would have to be revised every 3 years.

SLBC Makeni coverage of the consultations

Community Consultations on the Land Reform in Pujehun