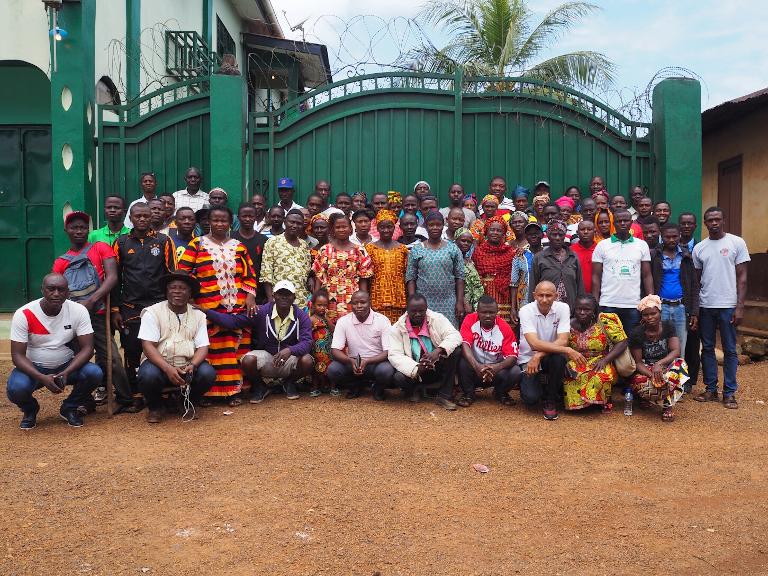 A letter was written by MALOA (Malen affected landowners and users association) to the President of the Republic of Sierra Leone about the promise he made during his 2018 election campaign and requested him to mend the land disputes between the Malen chiefdom and the SCOFIN group.

Life changed radically for the citizens of Sahn Malen chiefdom after the arrival of SOCFIN company in 2011, a large palm oil agribusiness in the Southern Province of Sierra Leone. The arrival of the Belgian, Luxembourgian company, which has developed a business empire in many parts of Africa, has affected the communities, who have lost access to and control over their land.  According to a FIAN report, SOCFIN has violated many Human Rights and their operations have led to several issues such as environmental hazards, loss of livelihood, low and polluted water sources, and abuses of civil, and political rights.

SOCFIN says being committed to the principles & criteria of the Roundtable on Sustainable Palm Oil (RSPO) such as transparency, compliance with applicable laws and regulations, responsible consideration of employees, and individuals and communities, environmental responsibility and conservation of natural resources and biodiversity. However, MALOA (Malen Affected Landowners and Users Association) challenges those claims. In one of the meetings, they had with Green Scenery, they explained that although they had been consulted by RSPO auditors, what they said was not reflected in the RSPO document.

The association has sent a letter to the president and copied other decision-makers to help tackle this situation and to respect the Malen people and listen to their cries. Even though several reports such as the report of a technical committee appointed by the Vice President’s office have confirmed the irregularities of the land acquisition by SOCFIN, no action has been taken by government. MALOA says that” land owners and chiefs who speak against the bad operations of the company or do not support the human rights abuses of our Paramount Chief and the Company are arrested by the Police or removed as chiefs”. Therefore, MALOA is appealing for a meeting with the President as they were promised during his visit at Malen Chiefdom on February 19th, 2021, because they were assured that this conflict will be settled and solved.

MALOA wrote that they are still looking forward to the President’s intervention though most have lost hope while waiting for change. The situation has become worse, and they are urging the President to make a move now.