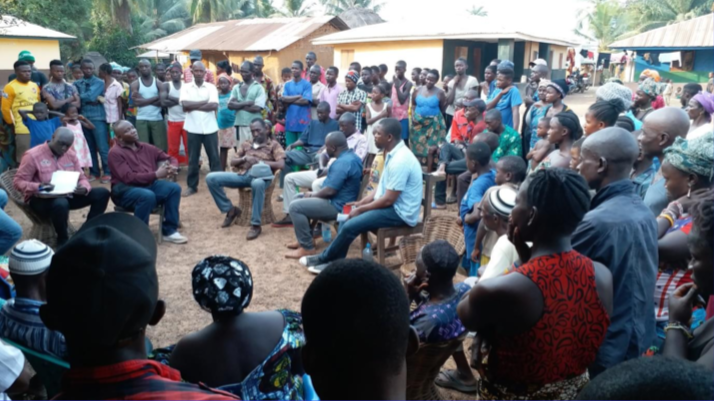 FREETOWN, 30th January, 2019: Proponents of land rights in Sierra Leone note with grave concern the grave human rights violations against members of the Malen Affected Landowners and users Association (MALOA) who were dispossessed of their land by the agro–based multinational SOCFIN investment company. It is worth noting that since the inception of SOCFIN in the Sahn Malen Chiefdom, Pujehun District in 2009, more than 80% of the Chiefdom’s arable land was leased by the company to produce palm oil. During the negotiation of the agreement, the free prior and informed consent of land owners was not respected and insufficient consultations were held with the chiefdom’s indigenous people. This has since resulted in serious conflict between the company and landowners. Local land owners and activists have come under sustained intimidation, harassment, and attack for defending their land rights and challenging the excesses of the company.

On Monday 21st January, 2019, an unfortunate skirmish ensued between members of the traditional ‘Poro’ Society and state security personnel deployed to protect the company. A group of the traditional ‘Poro’ Society members were purportedly identified by the government security forces as representatives of MALOA group, resulting in the death of two civilians who were allegedly shot dead by state security personnel. Hundreds of members of MALOA were harassed, intimidated and physically assaulted, their houses vandalized and properties and cash amounting to millions of Leones were looted. Consequently, two thousand five hundred people have been displaced and thousands more continue to live in perpetual fear.

The rights to life, protection of security and safety of persons, unlawful arrest and detention, right to property, the right to food and dignified life are amongst the human rights safeguards that were severely violated by the security forces. During a fact finding mission undertaken by land rights defenders between the 24th and 27th January, 2019; the following human rights violations were recorded:

In view of the above, we therefore call on the government to: