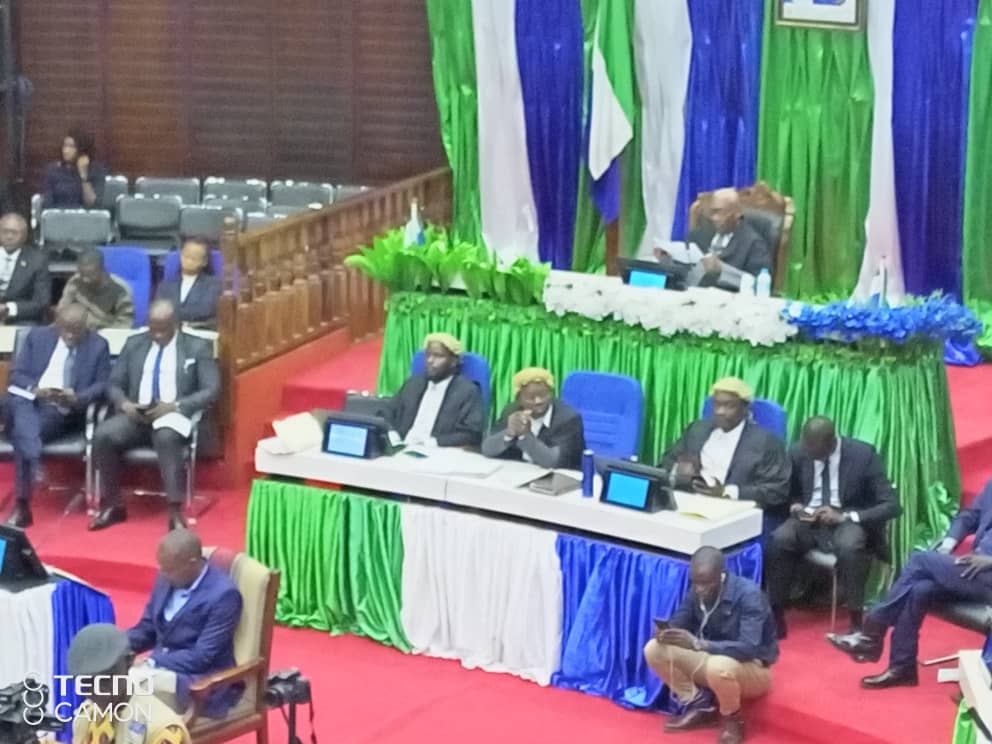 Presenting the Bill, the Minister of Land, Housing and Country Planning, Dr. Turad Senesie said the object of the bill seeks to give rights to all Sierra Leoneans to own land anywhere, irrespective of their tribes. He informed the House that, with the passing into law of the bill, the Creole would own land in the provinces. He emphasized that the bill would promote gender equality and land ownership to be registered by married couples. Furthermore, he said social conflict about land would stop. The Minister told Parliament that, the title to land would be registered with family names and collective consent will be granted before leasing land.

“We want to ensure that, the rights of all families are respected” he maintained. According to him, the bill properly defined the communal ownership of land and wetland, as well as virgin land, would be protected.  The Minister went on to say, they want to ensure that investments on land are protected. “The community and country would benefit as they are going to be properly defined” he revealed and underscored several investment opportunities. The number of cases, the Minister said, would be reduced in courts and structure would be created to reduce conflict. He emphasized that the Bill, when passed into law, would engender national development and women would be given the opportunity to have land in the provinces.

The Chairman of Lands Committee in Parliament, Hon. Quinton Salia-Konneh said the passage of the bill is historical and stated that the document is not contentious. He informed that they were anticipating the arrival of the bill and underscored that, the merit of the bill would protect the right of women to own land. He told colleague MPs that, the bill is in Parliament to eradicate the negative discrimination against women, citing instances surrounding customary law. “This bill is timely” he noted and pointed out some importance of the bill. “It is a crime for women to be discriminated against,” he said and went on to say, the bill criminalizes discrimination against others, especially women. According to the MP, the bill stops marginalization and injustice and trends on inclusivity among others.  He spoke about a series of positive development in the document.

The Leader of C4C in Parliament, Hon. Saa Emerson Lamina said the bill has fulfilled the age-long dream of Queen Masarico who led the Mane Invasion from Mali to Sierra Leone in search of land and commended the Minister for bringing reforms. He informed the House that, the bill is guaranteeing the right of all and made a declaration of intention. He described the bill as a progressive bill, but raised some concerns, in light of amendments on mining-related matters. The bill the MP said has attempted to settle many problems, but did not settle the perennial cry of cattle herdsmen and crop farmers. He also expressed percentage-wise and cited Sahn Malen situation and other issues.The Leader concluded that the Minister has restored the dignity of the traditional leaders.

Hon. Aaron Aruna Koroma said the bill has to do with the empowerment of women, especially those in the rural communities, and went on to commend the minister for his dynamic step as well as his relationship with CSO. The Honorable Member raised a series of concerns, including investing in agricultural companies to give some percentage of their share to the locals as well as profit. He asked the House to draw a line between mining and agriculture, in terms of land acquisition. He supported the out-growers scheme and the consultation of Paramount Chiefs with others.

Hon. Hindolo Moiwo Gevea expressed that, with the passage of the bill, Creole would now own land in the provinces. The bill, he said, would protect the ecosystem and reduce lease years and minimize the large and long period of lease of land. He also threw light on the right of women to land and underscored reinstatement and reaffirmation of the authority of the chiefs. He categorically stated that discrimination against women and others would be eliminated on land ownership.

In rounding up the debate, the Leader of Opposition, Hon. Chernor RM Bah underscored women’s rights, and entitlement, and elaborated on gender equality. The Leader reiterated that irrespective of one’s tribe, as long as he or she is a Sierra Leoneans he or she must have the right to own land everywhere in the country. He insisted that compatriots must take charge of their destiny by coming together to invest in agriculture, as foreigners are investing in the country. He informed me that they would continue to support gender equality in the bill and went on to ask for some amendments.

In conclusion the Leader of Government Business Hon. Mathew Sahr Nyuma said addressing gender disparity and affirmative steps in the bill are necessary, citing the Presidential Speech that was predicated on addressing gender equality and gender empowerment sectorial. “Today I am proud of Sierra Leone, that women are now giving the space” he stated and recalled their previous passage of laws that are empowering women and went to insist on the practicality and implementation of those laws.  He commended the Chairman of the Committee and applauded the Paramount Chiefs for their position on the duo bills and urged the Minister to maintain and respect their dignity. He described the current Parliament as a very progressive one and went on to heap praises on all.

Women lobby with Their Parliamentarians over the Enactments of land bills