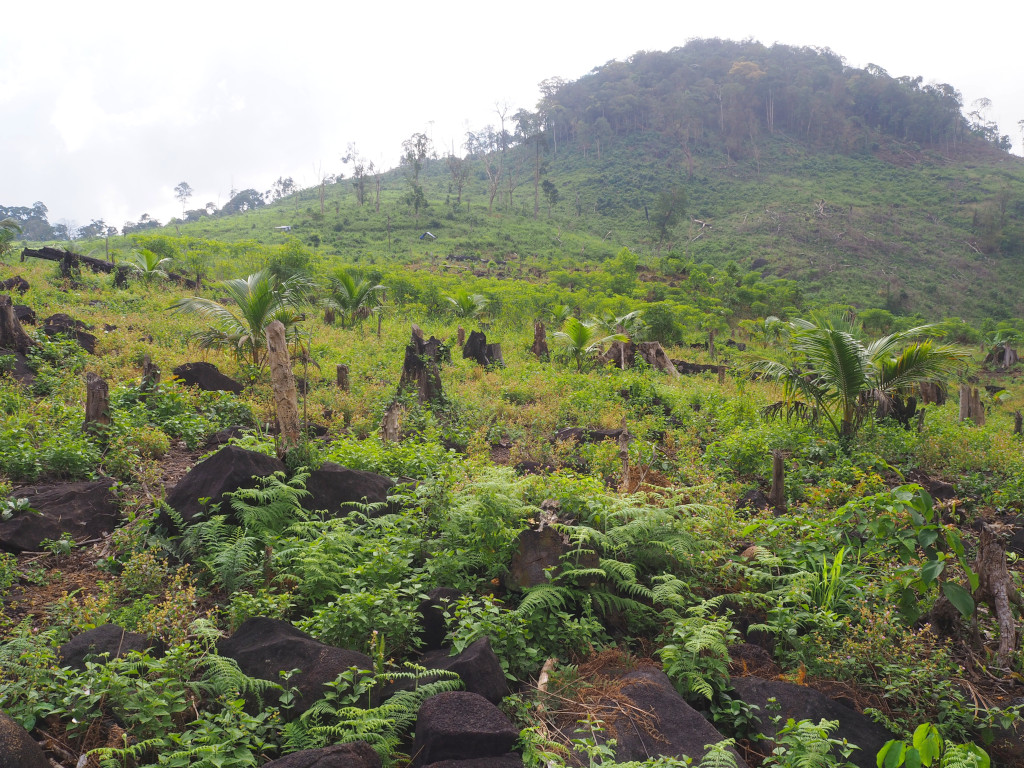 Like in every part of the world, the Covid-19 pandemic has caused disruption in every facet of life. Food and farming inputs supply chains have been seriously affected further exacerbating the yield of agricultural production of family (household) farms and inflation of food prices throughout Sierra Leone. The World Food Program has classified Sierra Leone as a country at risk of experiencing an acute food crisis, with 1.3 million acutely food insecure individuals in 2020 in comparison to 0.3 million in 2019. UNFAO (Twitter July 18, 2020) has recently warned of 27 countries facing impending food crises among which is Sierra Leone. A continuous study from the International Growth Center show that prices of Cassava doubled in June and that households that reduced the amount of every day meals increased by 30%. Comparing the current agricultural season to the previous one, the study shows that 50% of the farmers used less inputs (seeds and fertilizer) and spent more time on their farm (possibly to substitute for the loss of temporary work opportunities).
A July World Bank report, expects the growth in agriculture to slow down from 4.2% to 3.4% and rebound to pre-Covid growth in 2021-2022.

In order to implement the National Land Policy developed since 2015, the Ministry of Lands, Housing and Country Planning has drafted the Land Commission and the Customary Land Rights Bills. The Policy is consistent with the Voluntary Guidelines on the Governance of Tenure (VGGT) and endorsed by international as well as Sierra Leonean organizations. The Bills are being drafted including provisions from the National Land Policy and would reform legislations, which were last amended in early post-colonial times. The Bills are also expected to increase transparency in land tenure, promote security of tenure and inclusive economic growth, reduce poverty, and boost women and youth’s access to land. The process of national validation and consultation had to be put on hold due to the COVID-19 pandemic. Nonetheless, the draft bills were in February 2021 presented to the new Minister of Lands who promised to focus on the process.  The former Ministry of Land had announced to also work on a bill to regulate land titling.

The increase of large-scale land acquisitions following the 2008 world food price crisis is continuing in Sierra Leone since the country’s investment conference in 2009 in the United Kingdom. According to the land matrix, there were 773,999 ha of land under long term concession contracts (often between 50 – over 71 years) in the country in 2018. Large-scale and long-term leases present great socioeconomic risks, especially for the family farms amounting to some 730,000, that predominate in the country. These risks include intensifying conflict over land as a result of social and livelihood insecurity, relocation or displacement of local populations and increasing migration into cities putting unbearable pressure on available resources.

Land deals in the country have had difficulties in the past and continue to do so. While investments such as Sierra Leone Agriculture and SIVA in Port-Loko were cancelled, Addax in Bombali was a failure after a few years for not being economically viable and the company was later sold off to Sunbird. Others, such as Rutile Mining has not delivered on their Corporate Social Responsibility or due diligence and have thus created local conflicts. New companies such as Chengli mining in Diang chiefdom, Koinadugu district, recently started their activities amidst violent protests from local youths and recent political riots in Lunsar have allegedly involved SL Mining. New mining companies like Kingho continue to show interest in the sector, but their new license in Tonkolili mine was put on hold by recently, because of the company faulting on millions of dollars of debts to the state. Smaller companies such as Natural Habitat and Goldtree, African Lion Palm, and Ned Oil have shown better results by complying with their corporate social responsibility and the Roundtable on sustainable palm oil. Nonetheless, the bottom line with all of these investments is that some already have taken up huge large portions of land as others prepare to take away same from communities, dispossessing families and communities of land for agriculture and other livelihood means, as well as cultural heritage., rendering large proportion of the population bereft of self-employment, a situation warranting social disaffection with consequences of proximate conflicts.

Women in Sierra Leone suffer from gross discrimination. This can be observed in almost all spheres of life for instance in political participation; in high level jobs, in community life and in the home, women are often sidelined.  Gender activists and women’s rights activists have been able to shift a miniscule bit the frontiers of this discrimination.  In 2007, the government of Sierra Leone adopted “the three Gender laws”, the Domestic violence Act, the Devolution of Estates Act, and the Registration of Customary Marriages and Divorce Act, respectively. More recently, the National Land Policy seeks to safeguard the rights of women to access, own and control land. However, the law is yet to be enacted. While the impact of those regulations is difficult to assess, sensitization on Women’s tenure rights seem to have reached some rural women who are aware of their rights and know which grievance mechanisms to use[2].

According to a UNCCD document, in 2010, over 600,000 people lived on degrading agricultural land, an increase of 68% in the decade. Sierra Leone has set itself national voluntary Land Degradation Neutrality targets to be achieved by 2030. Among others, reforestation, the rehabilitation of degraded areas, wetlands conservation, and sustainable land management practices have been stipulated.

To deal with land degradation around the world, the UNCCD in the bid to address the Sustainable Goal 15, reached a decision in COP14 stating “Request(ed) the secretariat and invite(d) the Food and Agriculture Organization of the United Nations and other relevant partners to collaborate to produce a technical guide on how to integrate the Voluntary Guidelines on the Responsible Governance of Tenure of Land, Fisheries and Forests in the Context of National Food Security into the implementation of the Convention and land degradation neutrality, taking into account national contexts for consideration by the Conference of the Parties at its fifteenth session.’’ This action is currently ongoing and Sierra Leone is involved.

State of the forests in Sierra Leone

According to a latest publication by Njala Professor Wadsworth, it is “accepted wisdom” that the forest loss in Sierra Leone is recent, rapid and drastic. Due to data unavailability the amount of forested area in the country remains unknown. Wadsworth’s paper argues that most of the forests mapped in the 1950’s are still in existence, except the Tonkolili forest area, but that they are under pressure from mining, large-scale agriculture, and uncontrolled urban expansion.